Many farmers believe preparing land for cultivation without using fire requires a lot of money for heavy machinery. But through GAR’s Home Garden Project, we helped the Nanga Bian sub-village successfully cultivate garden plots to reduce household expenditure and increase income from selling the surplus produce. This was done in a low-tech, low-cost, environmentally-friendly way – without fire.

The Home Garden Project (Kebun Sayur Pekarangan or KSP) was started earlier this year in PT PIP in West Kalimantan after a Sustainable Livelihood Assessment conducted by the GAR CSR team. Community members who also worked on the palm oil estate were the main participants.

Demonstration plots using land provided by a group member were used to train the first group. The plots were located near water catchment areas and next to a road.

Group members took turns to work on the vegetable nursery after coming home from work at the oil palm plantation.

Polynet provides cover for the seedlings so they are shielded from direct sunlight and rain while reducing the rate of water evaporation from the surface. The large barrels act as containers for liquid compost. Meanwhile, plastic sheeting were used as a roof protecting the organic materials to be processed into solid composting from rain and sun light. Jerry and watering cans help collect and store domestic wastewater (such as water left from rice rinsing, fish washing and coconut milk) for watering the plants.

The group were also trained on how to use micro-organisms that help in composting and other organic methods of farming such as using bio-pesticides and optimal planting and harvesting times. 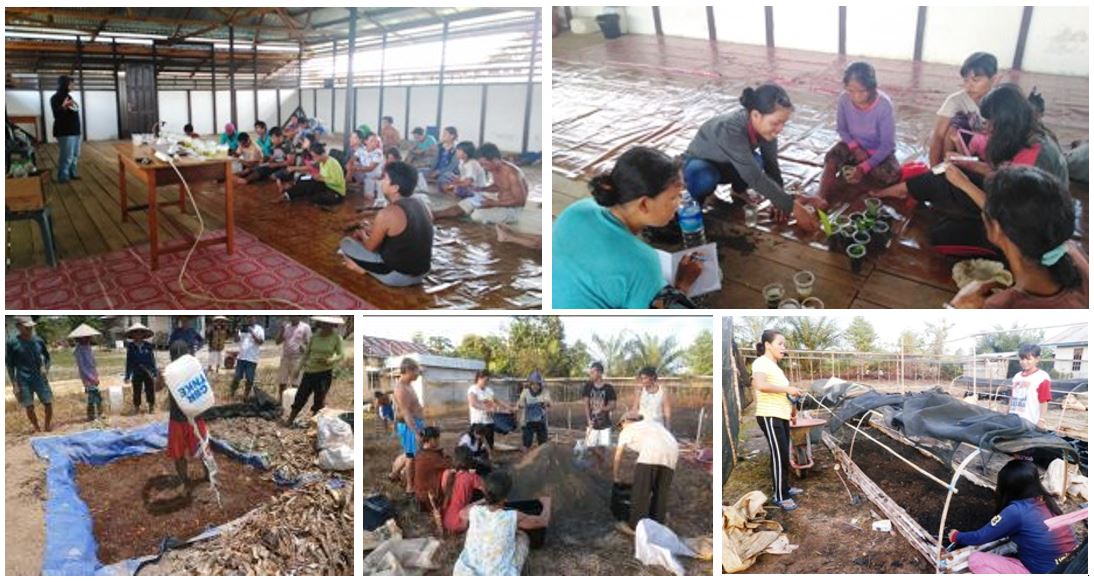 Following the training, group members established their own garden plots in their backyards.

Other community members who had not participated initially began to show an interest. In the end, over 40 people took part in the project, up from the original 17.

The Home Garden Project demonstrates that no-burning cultivation methods are practical and can yield immediate benefits for the community. GAR will look into rolling out more programmes like these as part of its long-term efforts to tackle fire and haze.

In photos: Fire-fighting training around our concessions

#Agricultural supply chains are notoriously complex and usually involve a multitude of stakeholders. Learn how GAR tackles these Traceability to the Plantation challenges http://bit.ly/2paJ6Bc

By demonstrating through our operations & supply chain transformation efforts, GAR hopes to change mindsets in the EU, that #palmoil can be a solution to global challenges, not a problem. http://bit.ly/eu_biosel