Sukri Tarigan, originally from Medan, has been working as a firefighter with the Emergency Response Team at PT Agro Lestari Mandiri (West Kalimantan) for three years. At 50, he continues to be a dedicated team member.

His journey as a firefighter started after witnessing the devastation that forest fires caused, “I feel good as a firefighter, because I am involved in putting out the fire as quickly as possible so that the fire does not spread to plantation area. The fire causes heavy air pollution and material loss.”

A typical day for Sukri begins with dispatching the team to monitor plantation areas for any new fires. The fire patrols take place every day, day and night. On patrol the team has portable fire extinguishers, wet sacks with wooden poles and water buckets. Some team members are also posted at the fire watch towers, which are strategically located for good visibility. When a new fire is spotted, the patrol reports it to the plantation fire post immediately. 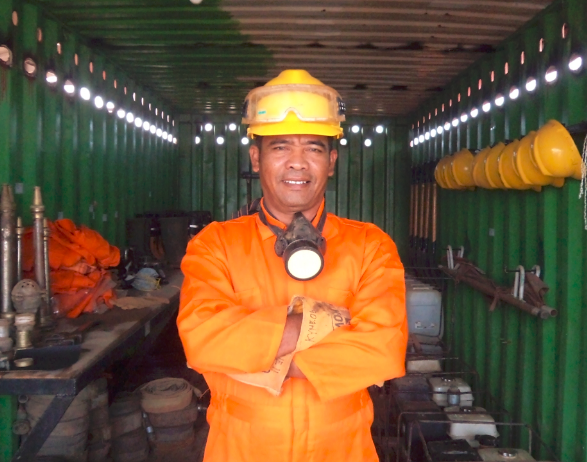 “The first 24 hours is the most critical for us, we have to act fast.” Sukri Tarigan.

The main goal is to activate all available personnel at the plantation together with the Emergency Response Team to put out the fire in the shortest time possible. Once informed of a new fire, Sukri mobilizes the team within an hour. All firefighting equipment is ready in advance for deployment. The team works in shifts to put out the fire while observing critical safety measures.

According to Sukri, the common cause of the fires is negligence: “People will just throw their cigarette butts when they are out hunting, or grilling fish and people are opening land (with fire).”

It’s a challenging task. Difficulty and speed of access is a problem. This is especially true of fires in peat areas and fires which start in the middle of a forest or a big plantation area. Then there’s the smoke and heat of the fires. But Sukri and his fellow firefighters, dressed in protective gear are up to the challenge.

After the fire has been successfully put out Sukri says he feels: “Relieved, happy but also tired and sad.” 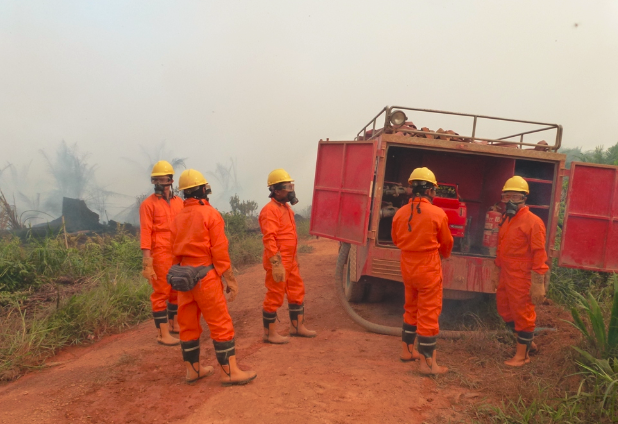 His work does not end there. His team will need to monitor the fire area to ensure that the fire has been completely extinguished. Sukri will then file a report indicating the affected area and suspected cause of fire so that a police report can be lodged.

“(I ask myself) How did this happen? How can we maximize our efforts, and come up with good strategies so that it won’t happen again in the future.”

Firefighting is a challenging, difficult and dangerous task and dedicated people like Sukri and the Emergency Response Teams are our heroes on the ground.

Investing in women in rural communities and agribusiness

Despite playing a key role in the production of palm oil, women's roles are often hidden. GAR is changing this through exploring new ways to make this industry a more gender-balanced one. Learn more about our efforts here http://bit.ly/gargenderequality

In tropical villages, wastewater is typically released untreated into the environment. To fix this GAR with @LoolaResort has implemented the #SafeWaterGarden project to provide proper sanitation in rural villages. More info here https://bit.ly/safewatergdn