While the use of biofuels has clear benefits, they are often widely debated. Biodiesel sourced from palm oil especially, has sparked controversy in the European Union (EU) where palm oil production is strongly linked to increased deforestation.  We take a closer look at the arguments against biofuel and how they are being tackled by producers like Golden Agri-Resources (GAR).

Is using biodiesel made from palm oil causing deforestation?

It would be an over-generalisation to answer yes or no to this, so to further understand this, we need to break it down into two parts:

First, deforestation happening in the world cannot fully be attributed to palm oil.

Clearing forests for agriculture is not a new practice, neither is it particular to the palm oil industry. As FAO reports, world’s forests shrink as populations increase and forest land is converted to agriculture and other uses. The upside is that global deforestation rates have slowed down by more than 50 percent over the last 25 years because of better forest management. In addition, while large producers like GAR have policies in place that mandate no clearing of High Carbon Stock/High Carbon Value forests and zero burning, there are smallholder farmers who are unaware of the negative impacts of clearing forests meant for conservation, and do so because they would go hungry or have no means of income otherwise. It is therefore important to have programmes that educate smallholders on their role in forest conservation, and how to balance that with their own survival. Our Participatory Conservation Planning, Desa Makmur Peduli Api and Alternative Livelihood Programme initiatives are examples of how GAR is working with local communities to mitigate deforestation.

Secondly, only a fraction of land used for palm oil is used for biodiesel production.

In Indonesia alone, the total area of palm oil plantations in Indonesia is currently 11.3 million hectares. Assuming the 2015 average yield of 3.61 tonnes per hectare from OILWORLD and based on the fact that in the same year, 3.35 million tonnes of palm oil was used for biodiesel in EU, we estimate the current total land used to produce palm oil for the EU biodiesel market at 0.92 million hectares, which is less than 10 percent of total land in Indonesia used for palm oil.

As such, it is inaccurate to say that biodiesel made from palm oil is driving deforestation rates. In fact, palm oil requires less land to cultivate the same amount of biodiesel versus other biofuel inputs like soy and rapeseed, which we will explore below. 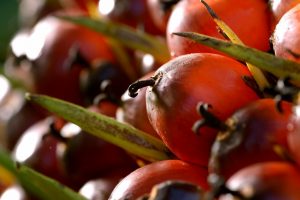 Can biofuels really reduce greenhouse gas (GHG) emissions?
Biofuels used in many countries must meet certain GHG emission targets (defined by either certification, e.g. ISCC, or regulation) before they are approved for use, so it is important to understand what contributes to GHG emissions. Most of us are familiar with the fact that GHG is emitted when we burn and use all fuels. Biofuels generally burn cleaner than fossil fuels, so GHG emissions in this aspect are lower. In addition, because crops absorb carbon dioxide in the atmosphere while they are growing, this amount of carbon dioxide can be used to offset the GHG emissions when the fuel is burnt.

However, the GHG calculation methodology includes carbon emissions from another factor called land-use change, and this is where things get tricky. If forested land is cleared to make way for biofuel feedstocks to be grown, this change in land use contributes to a certain amount of carbon emissions. So biodiesel producers who convert primary forests into palm oil plantations are unlikely to meet these emission targets. In order to achieve the targets, producers must ensure responsible cultivation. GAR is working on reducing emissions at the plantation source, and makes use of methane capture facilities to reduce 40 – 55 percent of GHG emissions on site. 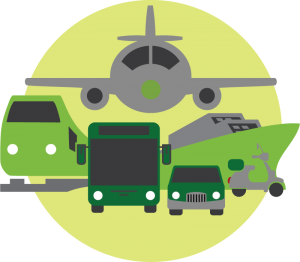 When we use food crops as feedstock for biofuel, does it impact global food supply?
The main feedstocks used to create biofuels such as corn, wheat and palm oil, are also used for food production. There are claims that biofuel is removing food from the plates of hungry people and driving food prices up. These claims to a large extent have been disproven as feedstock production and yields have actually increased in tandem with the increase in biofuel consumption. Research has even found that co-products of biofuel and biodiesel produced from food crop feedstocks can be used as animal feed, further reducing the validity of this claim.

One way to reduce the risk of clearing more land to plant crops is to consider the productivity of the feedstock. Some crops are more productive than others – for example, palm oil has the highest yield of any oil crop and makes more efficient use of land in its production than any other vegetable oil, sometimes generating over ten times the yield of other vegetable crops. This means that less land and resources are needed to create the same or even more amount of feedstock for biofuel.

Furthermore, biofuels are also not always created from food crops. For example, biodiesel can be created from palm fatty acid distillate – a by-product of the palm oil refining process that is not used for food applications. These type of feedstocks not normally used for human consumption are commonly referred to as second or third generation feedstocks. This brings us to our next issue: why not just use second or third generation feedstocks to completely avoid this food versus fuel debate?

Are second and third generation biofuels economically viable?
Second generation and third generation feedstocks require more advanced technologies to convert into biofuels, which is why biofuels from such sources are commonly known as advanced biofuels. The advantage of using them is that they pose less of a threat to the food chain, create less waste, and have the potential to be more efficient. However, the cost and resources required to carry these technologies out are considerably higher at the moment. Cultivators are trying to make them commercially viable but advanced biofuels still have some way to go before they can become price competitive in a market with existing petroleum and first generation biofuel supply.

Effective policies can result in sustainable biofuel production
The biofuels sector is still evolving. Policy makers are in a position now where they can decide on the sustainability criteria for biofuels and producers will accommodate accordingly. Bolstering existing certification schemes, sharing expertise, implementing tariffs and other trade incentives based on sustainability criteria (such as traceability), are just some measures which can help address existing issues in the industry. However, a complete ban on a feedstock like palm oil, as currently proposed in the EU, would be counterproductive as it would dis-incentivise producers from adopting sustainable practices.

Through proper regulation and responsible production, a future run on sustainable biofuels is a definite possibility.

Palm oil and biodiesel in Europe – where are we now?

[Earlier Today] More than 300 teachers in Kalimantan & Papua participated in GAR's second virtual workshop on forest fire prevention education. This event was held to equip teachers on how to deliver interesting lessons on fire prevention to their students.