Update 20/3/2018: Golden Agri-Resources (GAR) has been collaborating with the Orangutan Foundation International (OFI) for eight years, to rehabilitate & release wild-born, captive orangutans back to their natural habitat. We have since released 100 orangutans back into the forest. The partnership is part of our company’s continuous efforts to protect rare, threatened or endangered species and to help preserve Indonesia’s biodiversity. Learn more about our work in preserving orangutan populations: 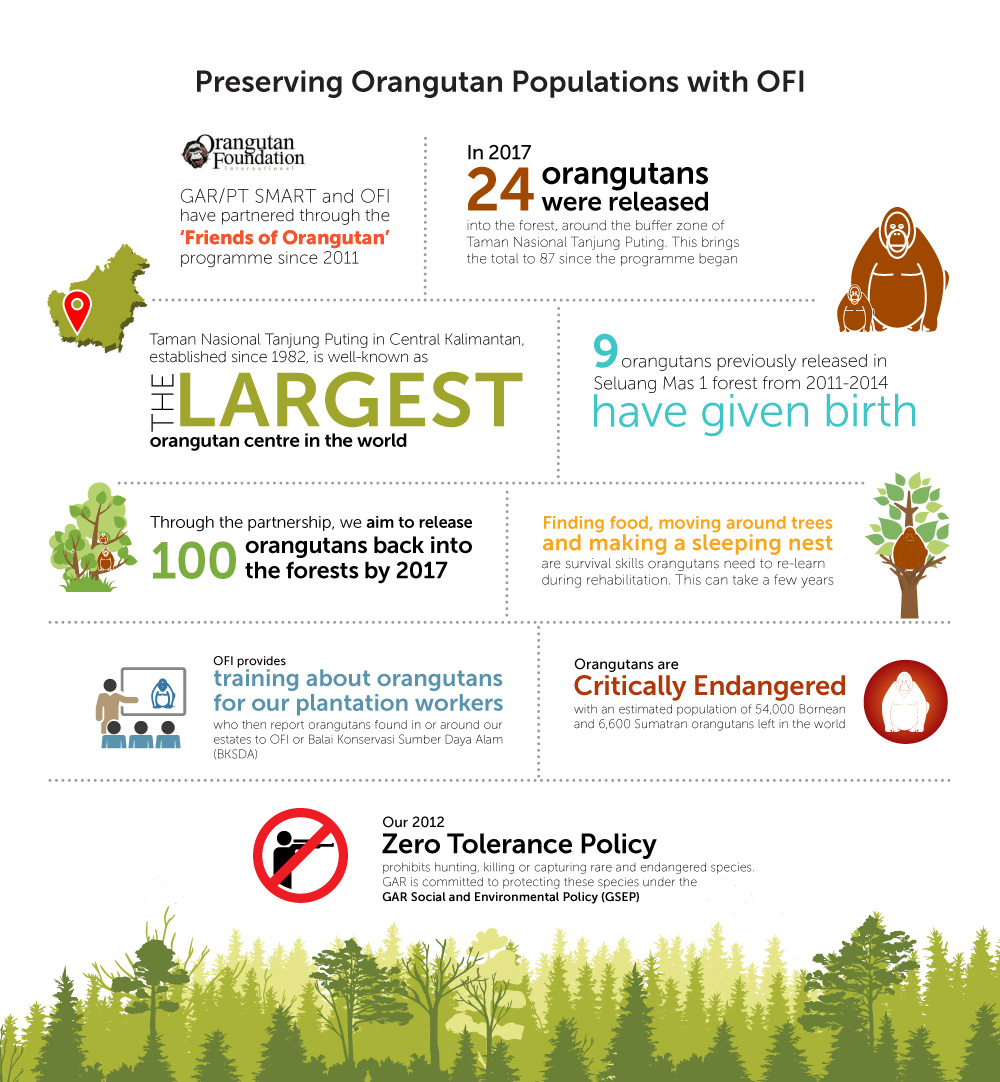 Releasing orangutans back into the wild is not as straightforward as it might seem. Watch highlights of orangutans Poco and Rich being released, and read a first-hand account of the careful planning behind this release process here.

100 million safe water gardens for villagers around the world

How it works: Releasing orangutans back into the wild

Despite playing a key role in the production of palm oil, women's roles are often hidden. GAR is changing this through exploring new ways to make this industry a more gender-balanced one. Learn more about our efforts here http://bit.ly/gargenderequality

In tropical villages, wastewater is typically released untreated into the environment. To fix this GAR with @LoolaResort has implemented the #SafeWaterGarden project to provide proper sanitation in rural villages. More info here https://bit.ly/safewatergdn